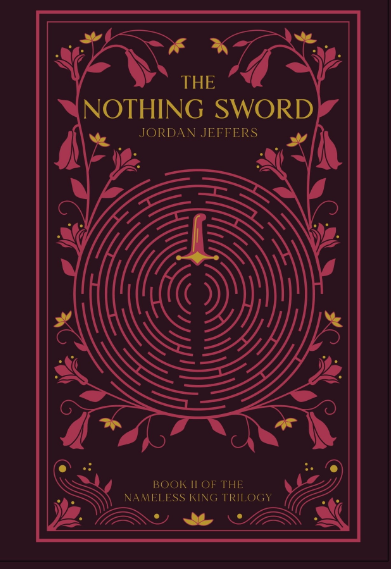 It is nine years since the last Nightmare, and Cairn Meridia stands abandoned, its towers in ruins. Sent by the Living Tower, the remaining Meridian rebels struggle to survive among the hostile land outside their mountains, making enemies and allies in turn. Yet far to the south, Tjabo the Nameless, king of all Nora, moves in the shadows to snuff out the rebellion before it begins. For an ancient terror has returned—the Nothing Sword, pale and thin as evil itself, a weapon which strikes not at the body, but at the soul. Now the Meridians must put their faith in three unlikely thieves, who must travel deep into the heart of Tjabo's kingdom, and face the Nothing Sword head on.

You can order a paperback copy of The Nothing Sword ($14.99) from CreateSpace or Amazon:

You can get an ebook of The Nothing Sword ($3.99) on Amazon Kindle: